Mhani Gingi Social Entrepreneurial Network received a certificate of recognition from Ms Barbara Thomson, Deputy Minister of the Department of Environmental Affairs, at the 9th Women in Environment Indaba held in White River, Mpumalanga, on 23-24 August 2018. 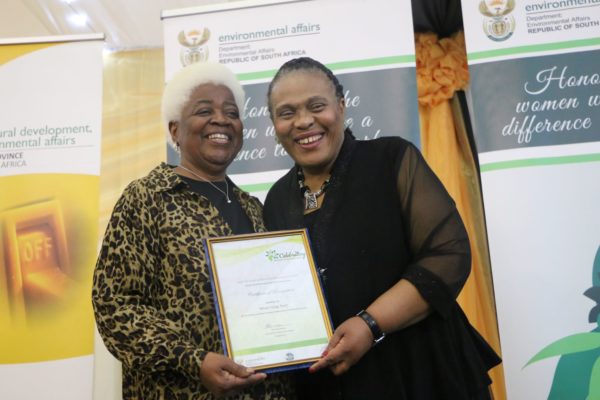 Ms Thomson referred in her address to the importance of gender equality.  South Africa’s commitment to the inclusion of women’s voices in every aspect of sustainable development was reflected in the country’s National Strategy towards Gender Mainstreaming in the Environment Sector, she said.  “The purpose of this strategy is to provide a framework for gender mainstreaming in the environment sector by ensuring that initiatives in the sector are inclusive and promote meaningful participation of women.”

Priorities needing to be implemented in the sector to ensure that gender mainstreaming takes place included education and awareness as well as creating empowerment programmes that develop capacity and result in tangible projects at grassroots level.  A third priority was ensuring access to financial assistance and technological advances for women wanting to enter the sector or expand their role, she said.

Many challenges needed to be addressed if the country was to achieve the goal of total gender equality.  While access to basic resources such as water and sanitation had improved since 1994, the lack of infrastructure in the rural areas still acted as a barrier for women to gain easy access to basic resources, Ms Thomson said.  “We also know that while climate change and natural disasters affect everyone, women and girls bear the heaviest burden. As women are generally the providers of food, water, and fuel for families, changes in the climate and environment impact mothers, grandmothers, sisters and daughters directly,” she said. 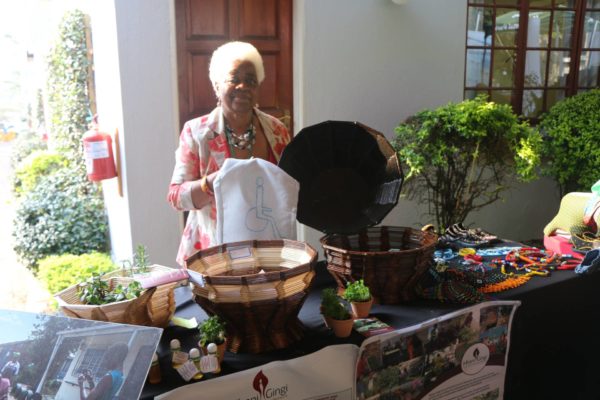 ‘Exciting prospects’ in the biodiversity economy

Ms Thomson also referred to “exciting prospects” for women in particular that are provided by the biodiversity economy development initiative.

“The biodiversity economy, which is an important contributor to job creation, has shown a constant annual growth of six percent. Furthermore, much work has already gone into positioning the biodiversity sector to deliver a thriving and inclusive wildlife economy for the benefit of all South Africans.  Wildlife ranching, the game meat trade and hunting, to name a few activities, are not the exclusive domain of men.  This is a sector where women can play an important role, not only in wildlife ranching, but also in ecotourism initiatives,” Ms Thomson said.

“It is a sector in which women can play a meaningful role given your traditional knowledge in, for example, using plants and herbs to cure ailments suffered by family members.  It is this knowledge that can be utilized to develop, for instance, a cosmetic or medicinal product, and to market it overseas.”

Stakeholders in the biodiversity economy who were incorporated in the conference included the hunting and game farming sectors and bioprospecting and natural products and biotrade industries, the Deputy Minister noted. 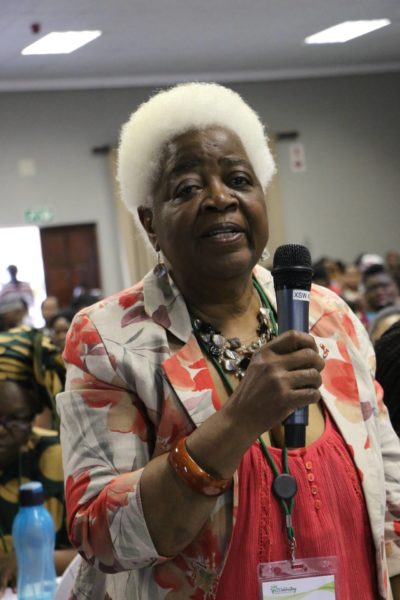 Mhani Gingi was also recognised at the 8th Women in Environment Indaba in 2017.

Patricia Handley2022-04-13T17:50:12+02:00September 18, 2018|Environmental Sustainability|Comments Off on Mhani Gingi recognised for women’s empowerment at the 9th Women in Environment Indaba