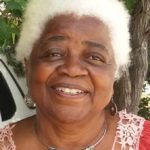 Lillian Masebenza established Mhani Gingi in 2006. Since then, she has received numerous awards and nominations for her work through Mhani Gingi.  These include being a finalist for the Ernst & Young Social Entrepreneur of the Year 2010.

Lillian was born in rural Bushbuckridge, Mpumalanga, and grew up in Limpopo Province of South Africa.  She holds a B.A. Honours Degree (1981) in Communications and Marketing from the University of South Africa and various diplomas and certificates, including an Advanced Certificate in Leadership (2013) from University of Cape Town Graduate School of Business.

After holding several posts in government and the private sector, Lillian left her post as Marketing and Sponsorship Manager at Old Mutual in Cape Town in 2004, to establish the Mhani Gingi Social Entrepreneurial Network and work towards her vision of an empowered Africa.  Launched in 2006, Mhani Gingi empowers women, youth at risk and People with Disabilities and other vulnerable groups .

With her intentions firmly rooted in the African soil of her heritage, Lillian combines her sensitivity for the needs of Africa, with a sound and visionary understanding of business practices that can bring much needed productivity, dignity and security to the people of her motherland.   She has won a number of awards locally and abroad, including being made an Ashoka Fellow in 2008.

Lillian encourages people to take personal responsibility and to ‘use what they have’ to help themselves, rather than waiting for handouts to improve their situation. From her own life and business experience, Lillian shares her understanding of the power of  resourcefulness, perseverance and collective effort in the development of the confidence and self assurance that are vital ingredients for empowerment.

“What drew my interest to community work were my own roots in a rural community; I have valuable first hand knowledge of problems that the poor and marginalized face. Through my work experiences I have realized that the problem of poverty in our society can be addressed more efficiently if those affected are empowered to help themselves. I have seen women who are forced to stay in abusive relationships for economic reasons, as well as gifted young people who, with proper assistance, have the potential to do better in life. It concerns me that there are so many orphans because of the HIV/Aids pandemic. To prepare for a better future, all these problems have to be addressed so as to come up with sustainable solutions. I see the Mhani Gingi model as one such solution; it is based on the premise of social practice amongst communities, not in the sense of handouts, but rather on the basis of working together and sharing where possible. Its creation was inspired by my desire to solve our pressing social problems.”

View the videos made by Spirit Sister Productions when Lillian was nominated for the Ernst & Young World Entrepreneur of the Year Awards 2010 here.