A delegation of senior officials from programmes of the Department of Social Development in the Northern Cape Province visited the Mhani Gingi Centre of Excellence in Athlone, Cape Town, in March 2019 to learn from the organisation’s best practices and innovation.

The Centre of Excellence, which was launched in 2018, showcases innovations created by Mhani Gingi to include persons with disabilities (PWDs) in urban agriculture and methods used by the organisation to transform under-utilised spaces and recyclable materials to useful means.  Innovations on display include wheelchair pathways, vertical container gardens and growing tunnels with raised plant beds which allow people in wheelchairs to participate in urban gardening. 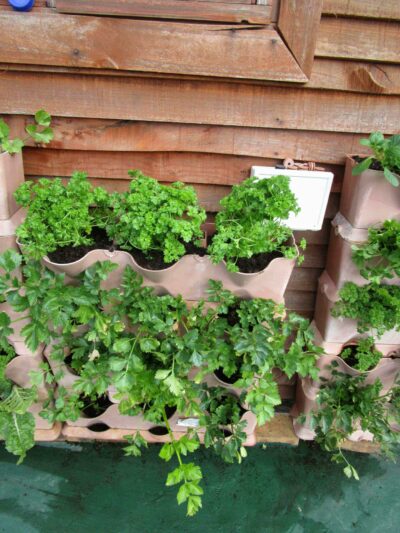 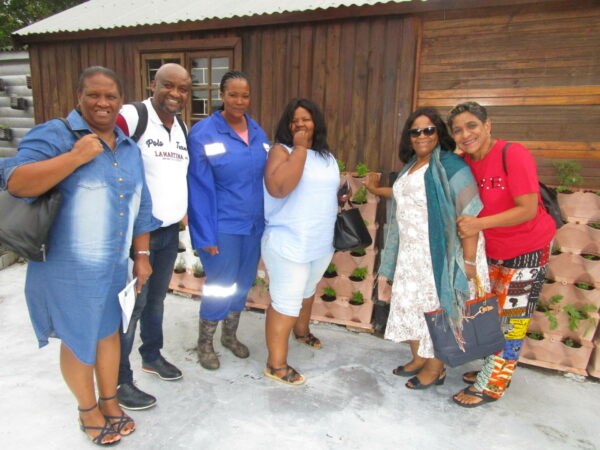 The visiting delegation from the Department of Social Development in the Northern Cape Province viewing innovations at the Mhani Gingi Centre of Excellence with Tabisa Mahlathi, Flagship Programme co-ordinator (centre).

“The delegation found the visit to Saartjie Baartman Centre for Women and Children very exciting and inspiring and indicated they will be contacting Mhani Gingi to explore partnerships in the Northern Cape province on food security, vulnerable groups and sustainable development and the green economy,” said Dreyer.

Mhani Gingi’s Centre of Excellence was established in Athlone in 2018 in collaboration with the Saartjie Baartman Centre. This followed the relocation of the Mhani Gingi Organic Herb and Seedling Nursery to the site in 2017. 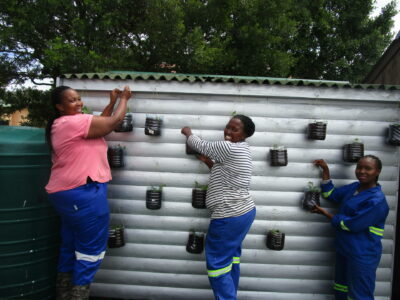 Support from the Department of Social Development in the Western Cape assists Mhani Gingi’s efforts to combat poverty through managing 22 community food gardens established by the organisation in the greater Cape Town area.  The Mhani Gingi Nursery supplies supervision and training to provide food security and income for members of vulnerable communities who maintain the gardens. A stipend is received through the Extended Public Works Programme (EPWP) of the National Department of Public Works for the community gardeners. 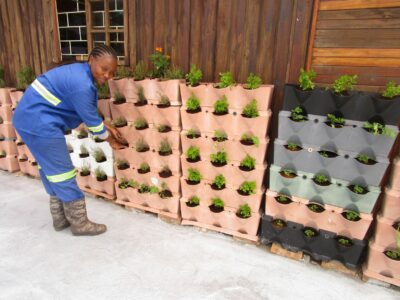 The vertical herb garden can be reached by persons seated in a wheelchair.

Patricia Handley2022-04-11T14:29:17+02:00March 6, 2019|Inclusive Innovation|Comments Off on Department of Social Development in the Northern Cape learns from best practices and innovation at Mhani Gingi