Certificate of Recognition for empowerment of women in the environment sector

The activities of Mhani Gingi Social Entrepreneurial Network’s Flagship Programme in the field of food security and nutrition were acknowledged at the 8th Women in Environment Imbizo in Newcastle, Kwa‐Zulu Natal, in August 2017 when Mhani Gingi Trust was awarded a Certificate of Recognition from the Deputy Minister of Environmental Affairs, Barbara Thomson, for outstanding contribution to empowerment of women in the environment sector. 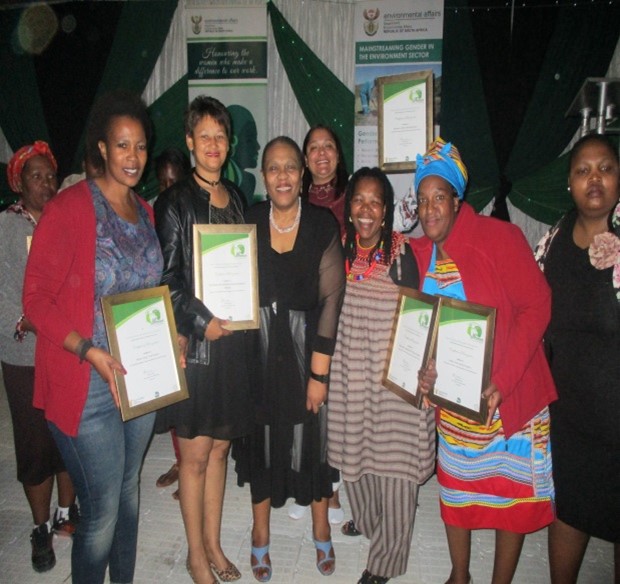 Deputy Minister of Environmental Affairs, Barbara Thomson, centre, with winners of the certificates of Recognition. Tabisa Mahlathi, Mhani Gingi Project Co-Ordinator, is on the left.

The Flagship Programme includes the Mhani Gingi Herb and Seedling Nursery situated in Athlone and the 25 community gardens established and managed by Mhani Gingi in the Cape Town area. These include a food garden maintained by 24 people with disabilities (PWDs) at Uitsig community on the Cape Flats; vertical gardening with adults at the Langa Cheshire Home for Disabled Adults; gardening with 20 young offenders in partnership with the Department of Correctional Services during 2016; and gardening with four learners and past learners with cognitive disabilities at Blouvlei School LSN for learners with special needs in Retreat. The Garden of Angels established at Angels Paradise Early Childhood Development facility in Philippi is another food garden supported by the Flagship Programme.

The Mhani Gingi Organic Herb and Seedling Nursery supplies the community food gardens and is run by two nurserywomen, Siphokazi Siceko and Vuyiseka Tekwane, who have been trained by Mhani Gingi and are able to support their families through their employment in the nursery. 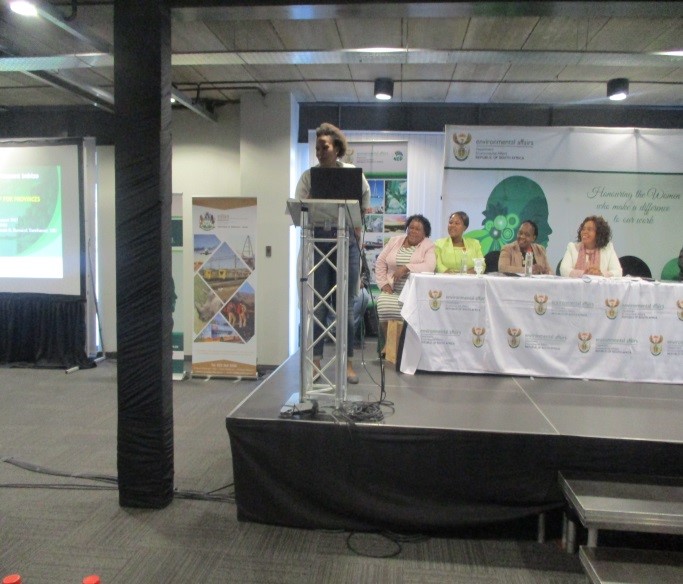 Patricia Handley2022-04-13T20:27:21+02:00September 2, 2017|The Flagship|Comments Off on Certificate of Recognition for empowerment of women in the environment sector