Space-saving vertical The African Grower food systems were delivered to 60 households in Mannenberg, 48 in Crossroads and 42 in Heideveld in Cape Town last week to enable families in vulnerable communities to grow their own food to eat.   A total of 150 households received the compact food-growing kits in this initiative to combat food insecurity, which is supported by the Department of Agriculture in the Western Cape Province.

The project was rolled out in March 2021 in a partnership between Fresh Life Produce, who developed the home-growing food systems for high density living areas, and Mhani Gingi Social Entrepreneurial Network, which identified the families who received the growing kits.  Mhani Gingi supplied the lettuce, spinach and spring onion the seedlings for winter crops for planting.  Other beneficiaries at the Mhani Gingi Organic Herb and Vegetable Seedling Nursery, which is situated at the Saartjie Baartman Centre for Women and Children in Athlone, Cape Town, also received the food growing kits. 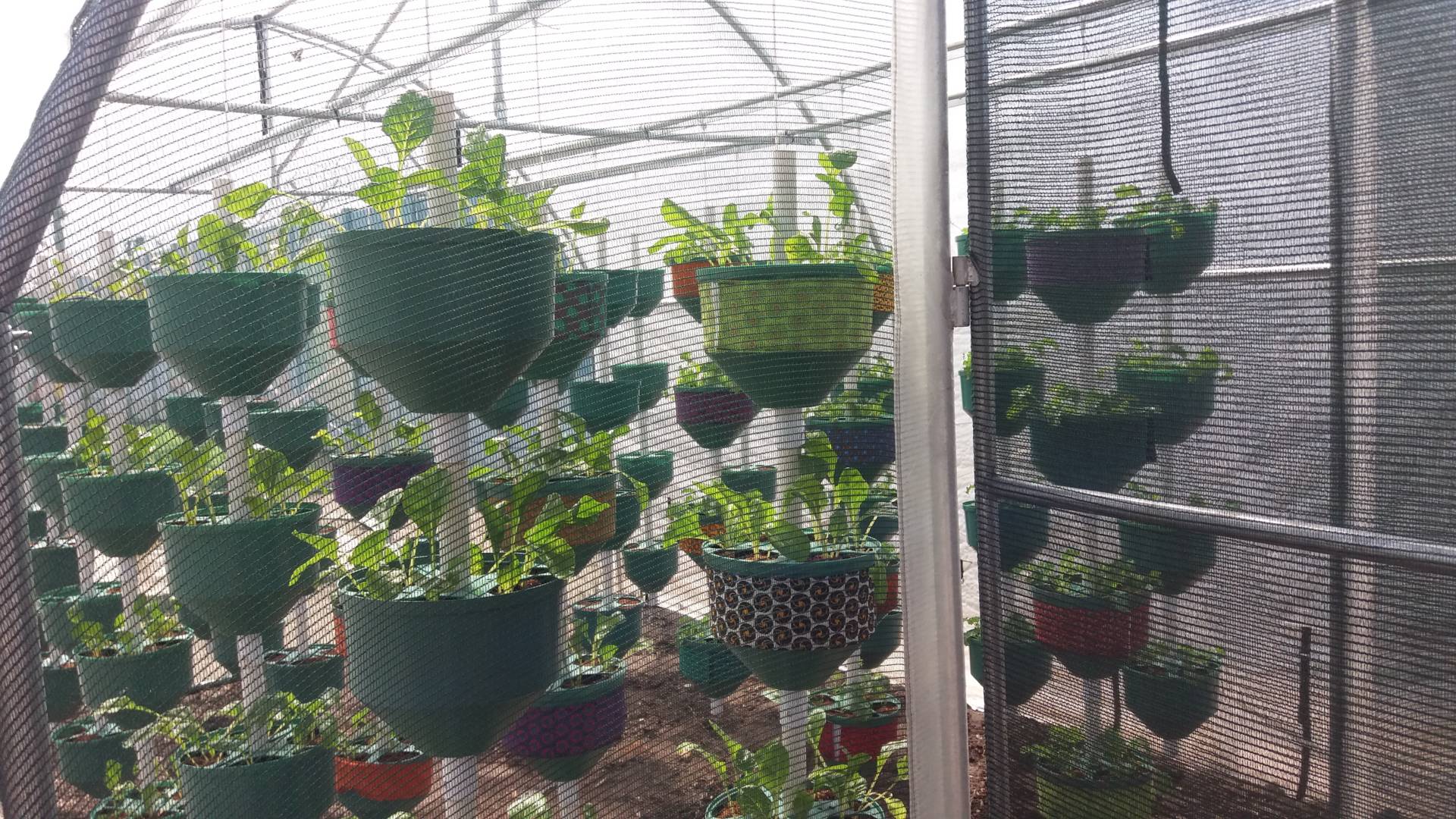 The African Grower food system which was received by 150 households in Cape Town in March 2021.

Louis-Gillis Janse van Rensburg, Director of Fresh Life Produce, trained the recipients to cultivate food in the vertical growing systems, which can stand in a small space, such as a balcony, and accommodate 24 plants each.  Mhani Gingi is a non-profit organisation which manages 13 community food gardens in the greater Cape Town area to help communities to overcome chronic poverty.  The food gardens provide income for the beneficiaries and food for them and their families.  Each person directly helped by Mhani Gingi impacts another five people in their community, which also benefits as the food gardens support community soup kitchens

Mhani Gingi and African Grower Fresh Life Produce promote meaningful economic participation by empowering vulnerable groups, and especially women, with skills, technology and support to improve their lives and their communities through urban agriculture. Mhani Gingi also helps communities to become producers of crafts and to beneficiate produce, and links them to markets.

“Mhani Gingi have very good links with the community.  To go into communities we need a local establishment with a good footprint and track record to help, and that is exactly what Mhani Gingi have,” said Janse van Vuuren of the roll-out of The African Growers in communities.

Lillian Masebenza, Founding Director of Mhani Gingi added:  “With excitement we can say that those families that have received the grower have now planted their seedlings, because it is winter planting time.  So Mhani Gingi says this opportunity came at just the right time, because it is time to plant your winter crops.”

This is what The African Grower system looks like when recipients have planted their seedlings: 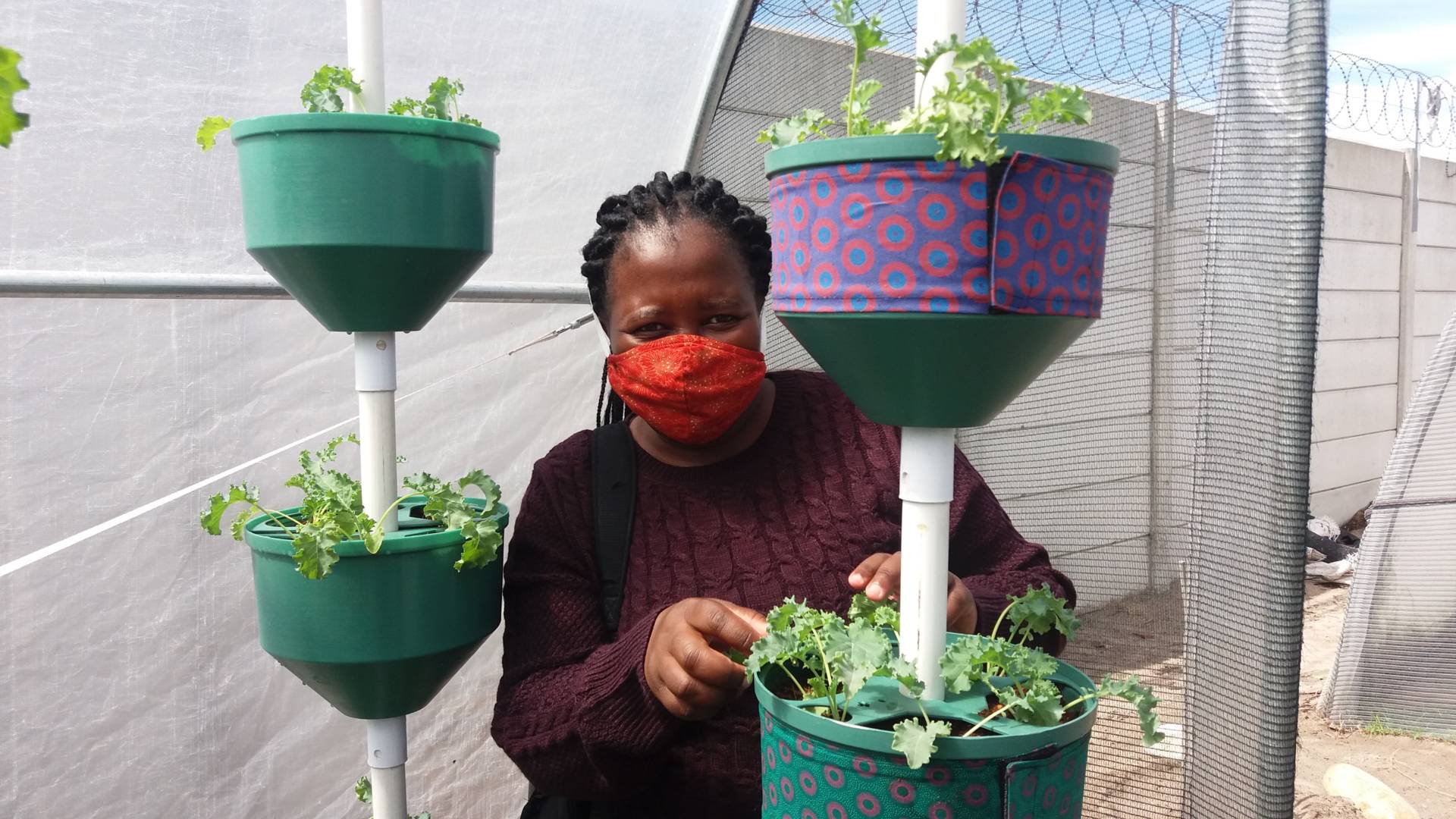 Vuyiseka Tekwane of Mhani Gingi Nursery demonstrates what The African Grower systems look like when planted with seedlings.

Mhani Gingi will also be helping the households who received The African Grower to take some of their produce grown in these systems to the market and to Mhani Gingi agri-processing, which is about to begin soon.  Watch this space to read about for these further developments.

Decentralised home farming is an alternative to the belief that a few large-scale producers are needed to feed households and entire cities, maintains Fresh Life Produce.  “We lead the way in showing that we all need to become our own mini-producers that work together and take the strain off our monthly vegetable bill” says the organisation.  The African Grower is also available commercially.  Read more at www.mhanigingi.co.za and www.freshlifeproduce.co.za .

Patricia Handley2022-04-11T14:19:19+02:00April 5, 2021|General News|Comments Off on 150 households in vulnerable communities in Cape Town receive The African Grower systems to produce their own food