Members of the Mhani Gingi Nursery in the food garden in Athlone.

The Mhani Gingi Nursery follows and champions the principles of EEC: Education, Enterprise, and Consumption. Education is essential for success, as it ensures the sustainability and long-term effects of an effort. A woman who has been educated with business or financial skills as well as the technicalities of gardening is far more capable of establishing a productive garden which will enable her to be self-sufficient. The principle of Enterprise dictates that the Nursery should be an environment which provides employment, business opportunities and education, aiming for self-sustainability.

The project benefits the members of the network by giving women from various communities the opportunity to come to the Nursery to learn how to grow various types of vegetables and herbs. This knowledge can then be implemented in their own communities, providing sustainability for the families involved. Mhani Gingi has helped to set up several community gardens in the disadvantaged areas surrounding Cape Town. The produce that is grown in those gardens from the seedlings supplied by Mhani Gingi Nursery feeds the communities and can also be sold for income.

By 2010, 50 women from various townships were participating in the Nursery project. Four of them were hired by Mhani Gingi to work full-time in the Nursery. Gardening workshops were arranged once a month and Mhani Gingi brought experts from Kirstenbosch National Botanical Garden and the Department of Agriculture to train the women. The organisation has a strong belief in the importance of quality, and the help from experts contributes to reaching this goal.

In mid-2017 Mhani Gingi began relocation of the Nursery to a new site in Athlone, in a collaboration with the Saartjie Baartman Centre for Women and Children.  Expansion of the  nursery had already begun with the introduction of a hanging wall garden at Old Mutual and further greenhouses for propagation and beds for cultivation. The move facilitated establishment of Mhani Gingi’s Centre of Social Entrepreneurial Excellence on the new site, which incorporates the Nursery.

In October 2018 the Nursery celebrated its first harvest in Athlone.  A harvest celebration enabled Mhani Gingi to honour the many partners in its efforts to boost food security and to provide healthy nutrition in vulnerable communities.  The vision remains for Mhani Gingi to establish its operations on a permanent site to ensure a more secure income source for the organisation and its members, in addition to improving the skills level and food security in the communities. 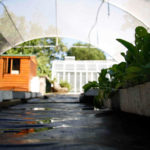 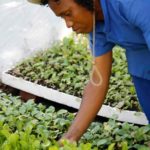 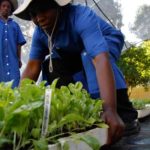 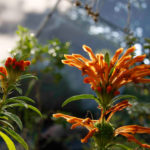 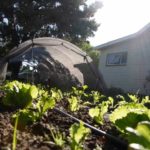 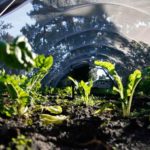 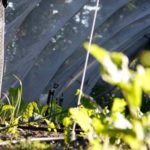 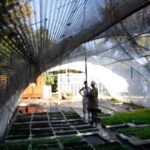 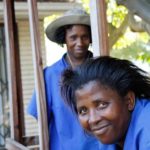 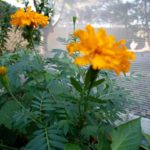 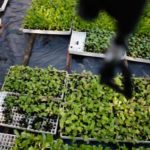